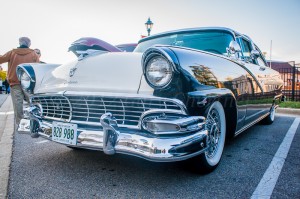 Mid-50s cars draw me like ‘a moth to a flame’ so Tom’s 1956 Ford Fairlane Crown Victoria piqued my interest. With proper oldies musical accompaniment, I think this automobile is ideal for ‘time travel’.

Previously he had owned a maroon 1949 Ford two door and a red 1950 Ford. Although I’ve never been a ‘Ford man’, this kind of car could change my mind in a heartbeat. Only 9,000 Crown Victoria’s were made for 1956, only 27% of the 1955 production. The ‘Crown’ consists of a ‘stainless steel band’ from door post to door post on top of and underneath the roof. Tom bought it about 2004 from a dealership in Dallas where the car had been sitting for ten years; the entire fuel system was shot and needed to be replace. The motor is a 312 Y-block 8 cylinder and the transmission is a three speed with overdrive It’s a ‘driving car’ and Tom’s taken it to Minnesota (more than once), Door County and Kentucky. The biggest travel problem is leaving gas stations since there are always gawkers wanting to take pictures (I would too!). 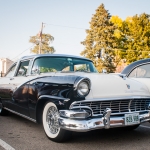 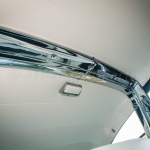 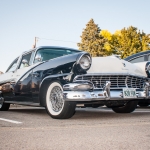 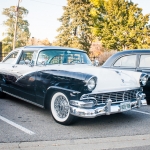 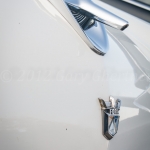 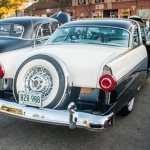 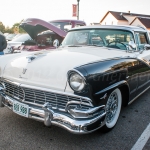 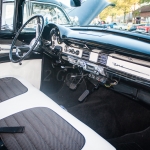 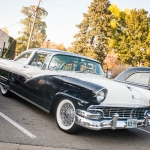 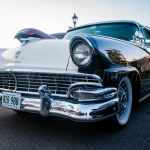 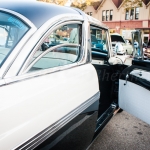