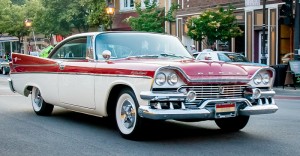 Dominick’s incredible Dodge is a throwback to the era of tailfins and large automobiles. When I first shot it cruising East on St. Charles Road in Lombard, I mistook it for a De Soto. This vehicle has a 361 cubic inch V-8 with two 4-barrel carburetors. These cars were originally fitted with fuel injection but that was so problematic, they were recalled and given two four barrels. Push buttons turn the car on and select gears for the transmission.

This car mostly gets out of the garage for Cruise Nights and car shows; Dom takes it on short trips when the weather is clear. As he get’s away from home, he’s concerned if something breaks, there will be nobody able to fix it. Dominic has always been a hands-on guy but it’s getting harder and harder for him to work on the car; so his son (who also has a show car) also helps out.

It is all original but did have to be repainted and some minor rust spots needed repair. He also rebuilt the motor. He’s owned it since 1983, when he purchased the Custom Royal from a fellow in Hillside; Dom’s the third owner, the first having been someone in Berwyn. 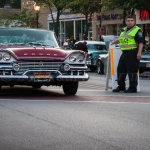 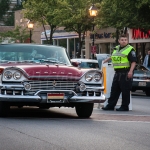 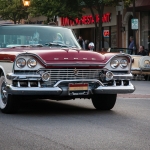 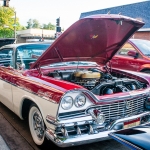 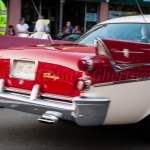 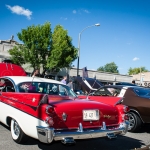 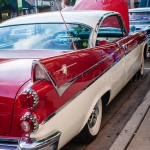 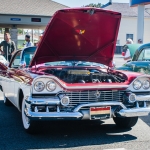 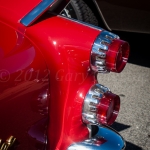 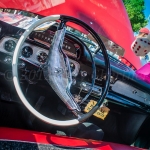 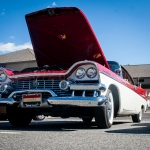 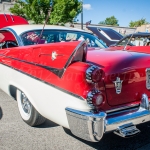