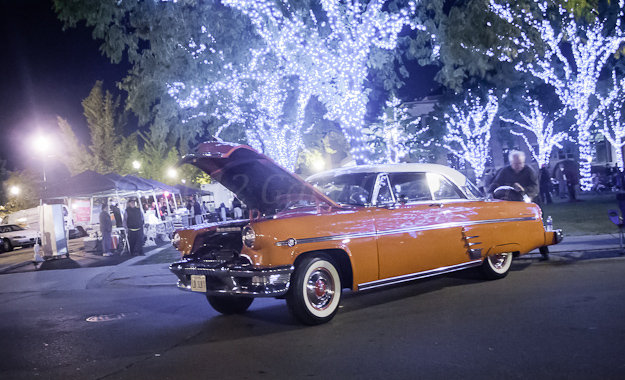 Stu’s red, restored original, 1954 Mercury Monterey drew my attention the moment it backed in (on 26 September 2012). Would you argue with me if I said this car is a ‘time machine’? He’s only had it since January 2012. This was the first year Ford Motor company went to the Y-block eight cylinder motor, with overhead valves; abandoning the long employed flat-head V-8 motors. He did a lot of electrical rewiring work already. The motor is a 256 with 161 horsepower; the carburetor needs to be cleaned so performance isn’t yet up to par. He’s the third owner. 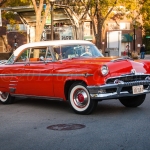 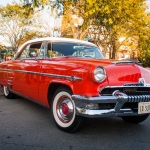 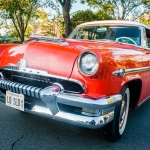 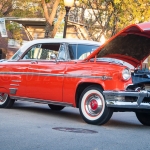 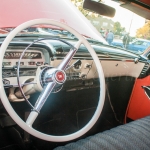 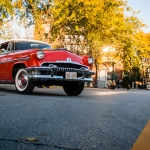 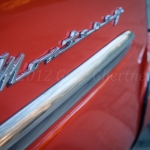 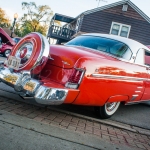 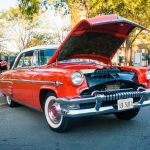 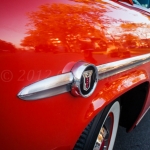 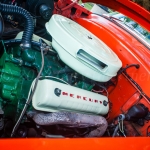 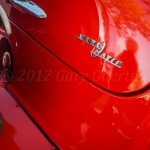 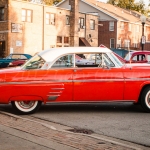 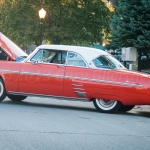 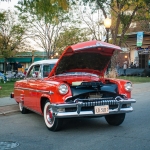