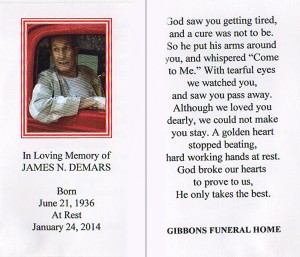 Jim purchased his 1939 Ford Cab Over truck in 2007 and got it running & painted a brazen Chrysler Viper Red in 2013. The motor is a 1989 Corvette LS1 V-8 and the transmission is a 4L60E with overdrive. Jim modified the bed to his specifications (more here). This is his obituary. 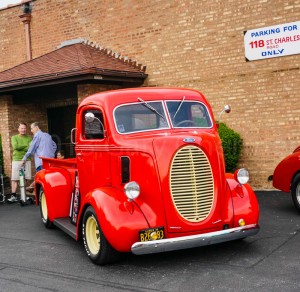 I’d met Jim’s daughter Dawn and her husband in 2012; they own a red turbocharged 1962 Corvair Spyder convertible. I just met Jim during the 2013 season at Westchester (June I think) and he seemed to be at every show – Westchester, Downers Grove, Bensenville … having a terrific time even though at times he felt ill. 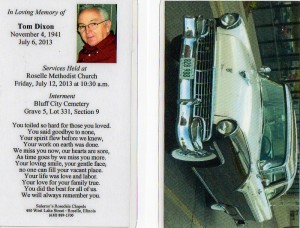 On September 28, 2012, I met Tom Dixon at the last Roselle Cruise Night of the season. His car was a black and white 1956 Ford Crown Victoria. This car has a 312 motor with a three speed transmission with overdrive. Tom had owned it for about nine years. Here is Tom’s obituary. 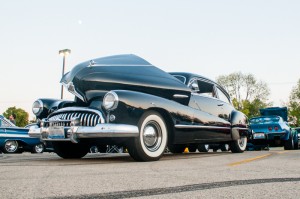 I met Dick at Cozzi Corner in 2012 and told him about the show in Lombard and I did see him and his 47 Buick Roadmaster there. The motor is a straight eight. The hood opens to both sides. He passed away February 25, 2013 before the 2013 car show season began.Dick’s obituary can be found here. 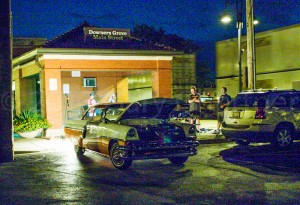 I first saw this 1956 Mercury parked by the train station on August 24, 2012 and it turned on the ‘flame throwers’. It has a 302 engine with cross ram and two Edelbrock carburetors to dump more gas into the exhaust. I never met Russ but his son took the car to Wood Dale in 2013; and then I learned of Russ’ passing. 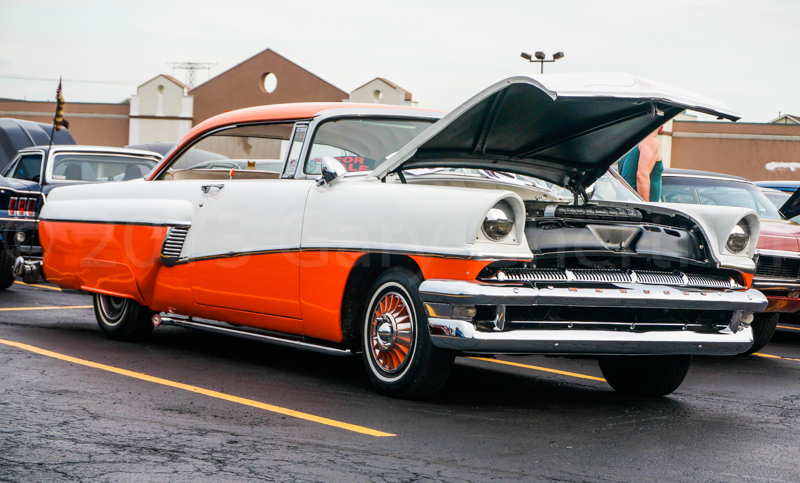 This entry was posted in Uncategorized and tagged Tribute. Bookmark the permalink.

One Response to Sadly, we’ve lost some friends.