I keep missing Riverside’s Cruise Night so this was my first. This third Riverside Cruise Night of the 2012 summer was a great one. There were quite a number of muscle cars: Camaros, Mustangs and Firebird (s?). I can’t possibly list all the cars (you’ll see the pictures) but let me note a red four seater Ford Thunderbird (1958) and 1955 Ford Thunderbird (black) and a 1957 Ford Thunderbird (white); and two 1960s Corvette’s. Also there were Ford Mustangs – 1965 [owned by Carol and Jim, 1966 and 1967 (hatchback). 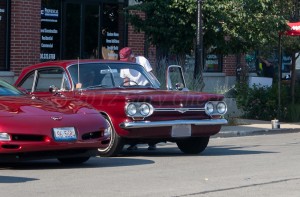 For this show, I chose to tell a story about unique ‘One Owner’, car .. a burgandy 1964 Chevrolet Corvair of my generation; which was ‘Unsafe At Any Speed‘ which has had only one owner!.

Please read on for the story and pictures and some of the music we heard.

Charles bought this 1964 Chevrolet Corvair brand new for $ 2,298 from Bill Becker Chevrolet on Archer Ave; and  When he went into the dealership, they only had automatics but Charles wanted a stick so he gave a $ 40 deposit and waited two to three weeks for this car. He drove it as his regular car for five years until they had three kids and more room was needed.When ‘the time came’ he took the car in for trade at a Berwyn Chevy store and they offered $ 25! Charles just held onto it. The car ‘sat’ from 1976 to 2006 until Charles returned it to working order with motor work, brake work and original color paint (although the inside of the doors wells and trunk lid are still original and look slightly different). Now he “couldn’t sell it”. One unusual addition is ‘wind noise silencers‘ to reduce noise from the swing out vent windows; these were stashed away in his father’s garage in the original packaging (in the picture too).I asked him if Ralph Nader’s 1965 book killed the Corvair and Charles said no .. it made the cars known and made him happy to have held onto the vehicle. 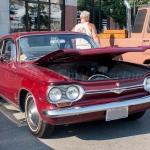 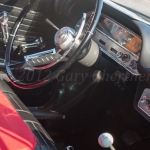 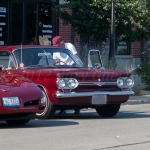 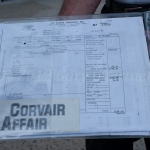 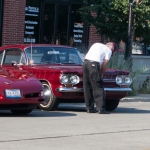 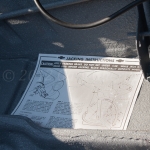 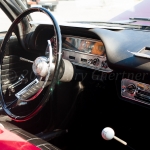 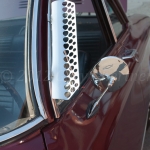 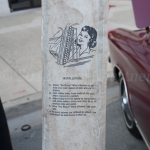 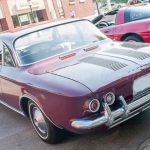 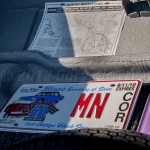 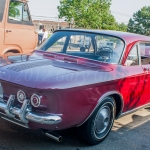 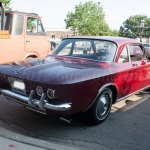 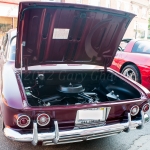 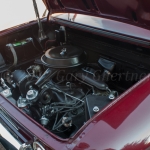 A few of the photos I’ve had time to process. 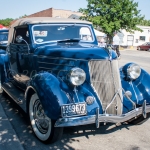 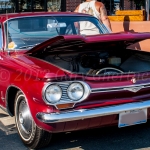 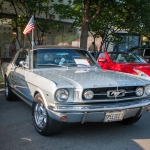 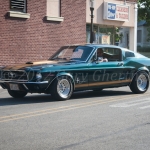 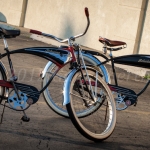 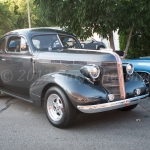 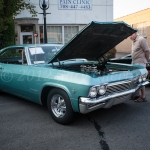 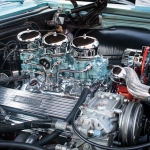 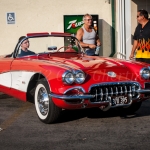 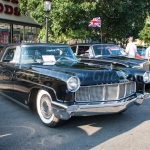 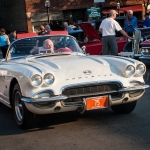 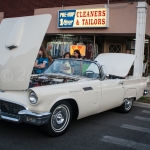