Someone told me recently about Berwyn’s cruise night (1st and 3rd Tuesdays) so I gladly attended. And it’s nearby. Showcase Classics conducted the show and played CDs; click here for YouTube videos of some of that music.

My photo gallery is now online at this link.

Saw some friends from earlier shows. Charles (’64 Corvair), Carol (’65 Mustang) and Rich (’56 Oldsmobile Rocket 88). I met three ‘new’ owners; two of whom I’d seen before (Jim & Tom) but I hadn’t taken any notes. Leo, ’28 A Model Ford (brief story of Leo’s car and some photos are now online here); Jim, ’70 Ford Country Squire; Tom, ’70 Lincoln Mark II. I want to flesh out the stories of Jim’s Country Squire because (read here); Tom’s other vehicles are convertibles and I want to find out more.

Rich reminded of an anecdote about his Oldsmobile and the History Channel which I posted here along with a TV ad for a ’56 Oldmobile 88.

Here’s a teaser gallery of six cars (many more photos to come). 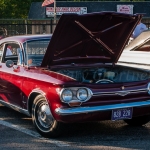 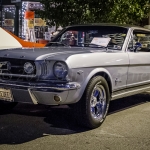 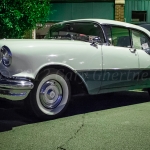 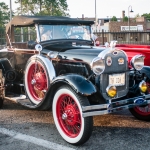 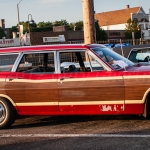 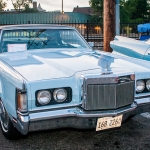 Showcase Classics ran the show and provided recorded music; some of which you can hear below from Youtube. If you only have time for one of these videos, do checkout the Isley Brothers Shout.

This entry was posted in 2012, 2012 Berwyn and tagged 2012, Berwyn, CruiseNight, YouTube_Links. Bookmark the permalink.