One of these is not a hot car

Weather negatively affected the turnout and the impending storm sent everyone, including the DJ stand scurrying. I’d hoped to get more pictures and info about Tom’s coronado red Bonneville convertible but I guess rain and ragtops are not compatible. This was an issue with John (’55 Buick Special) who told me Saturday he’d seen me from his ’75 Buick Le Sabre convertible and just got home ahead of the raindrops (I did see the Le Sabre on Saturday).

My brother tells me the first car he bought on his own was a 1950 Buick Roadmaster in 1969, which was good enough to haul around ‘his friends and dogs’. I had some shots of GM cars from that era but they weren’t close enough to his car. At Lombard on the 18th I saw a gray 1950 GM car crusin’ down St.Charles and chased it 3 blocks only to find a 1950 Chevy Deluxe! But I hit pay dirt Monday and Westchester with a green 1950 Buick (Special, a bit less fancy but very close) and I managed to get some shots.

Scroll down (or jump) to the music section. 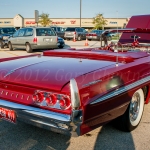 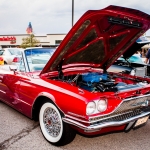 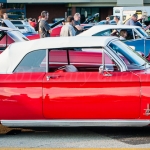 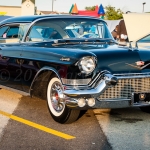 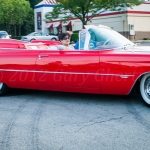 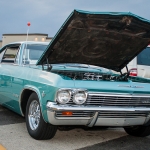 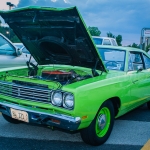 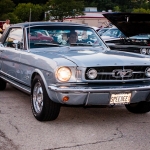 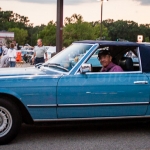 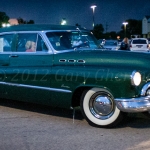 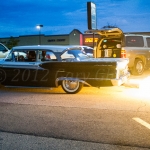 Tom spun these ‘records’ for the event (and many more)

This entry was posted in 2012, 2012 Westchester and tagged 2012, CruiseNight, Westchester. Bookmark the permalink.