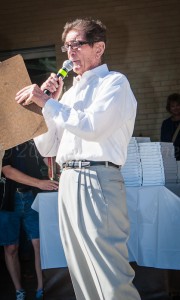 Last year I took my son to Cigars & Stripes in Berwyn for some famous smoked hot wings but Ron told me because of the just ended Route 66 Car Show, he only had one order left, which Paul and I had to share. Undaunted, I came back for this year’s car show and more terrific hot wings (I did have to tone down the “Hottest F#$kin’ Sauce‘). Estimates were as high as 600 cars and the biggest Route 66 show ever; I couldn’t see all the cars. Two of the fellows I’ve met at these shows won awards today: Tom took the Raging Ragtop prize for his Coronado Red 61 Pontiac Bonneville and Alan the Mighty Mustang honors for his orange ’69 Shelby Cobra (I didn’t get a picture until hours later when I saw ‘them’ at Hodgkins).

In keeping with the ‘oldies’ theme of cars and oldies music, none other than Dick ‘the wild I-talian’ Biondi of Chicago’s True Oldies Channel WLS (94.7 FM) was the emcee and awards presenter (I’m not saying you are old Dick, merely that when thoughts turn to Oldies music, no one plays them better!). IMO, he is the finest DJ of all time and at his ‘Toys of Tots’ drive a few years ago I told him how I’d first heard him on my transistor radio in 1961 from 500 miles away playing Del Shannon’s big hit:

Hat’s off to Larry on WLS AM. 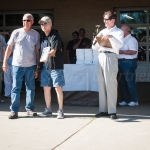 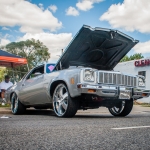 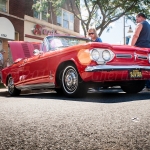 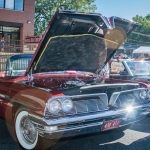 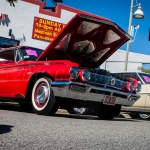 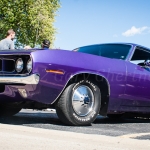 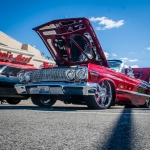 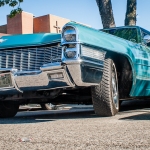 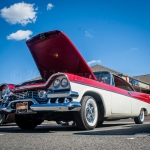 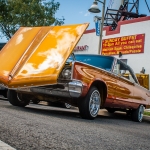 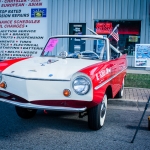 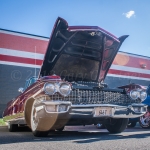 
Music the DJ played at Route 66