The prior week, Duke’s had been a mad house due to have a memorial show for Military veterans. This event was much smaller and, in some ways, easier to shoot. I shot some double exposures; My teaser photo gallery for the 15 car event is here.

When I arrived, I saw three great 1955 vehicles parked side-by-side and grabbed my camera! The red ’55 Chevy is a 210, the two tone Chevy is a Bel Aire and the ’55 Ford is a Customline. Phil’s red 210 is restored original but with a 283 V-8 with a 2-barrel carburetor. Sal and Dee’s green ford has already been chronicled here. 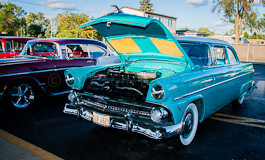 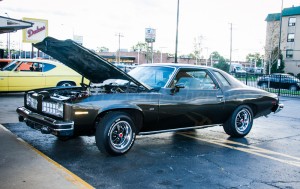 George P. brought his 1975 Pontiac and and he asked me about my photos. His nephew was selling this car 9 years ago and he put it on his outdoor pad, not conducive to Winter-time restoration work. He did get a garage and restored it, swapping out the 350 motor for a 455. George has been driving the car six years. 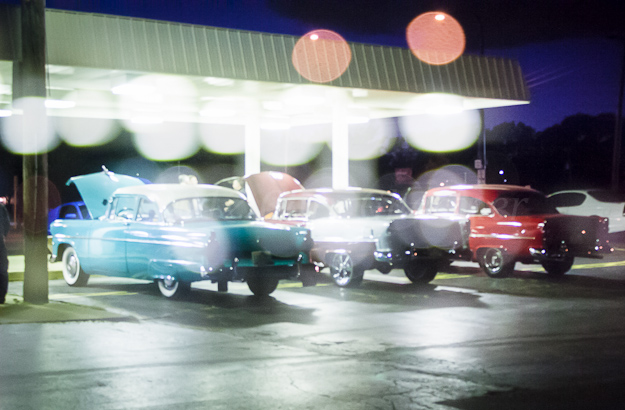 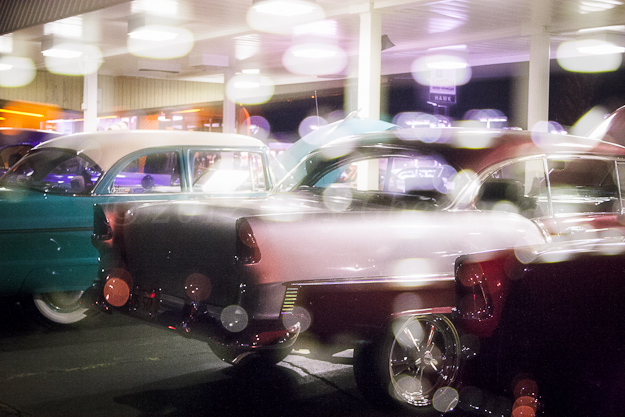 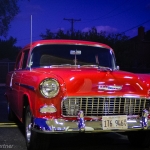 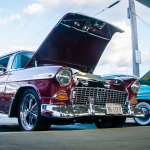 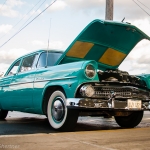 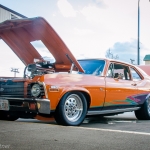 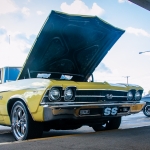 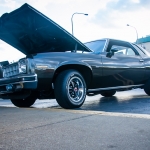 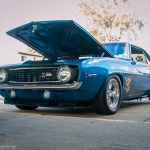 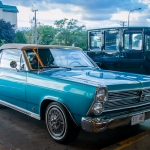 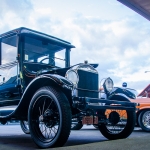 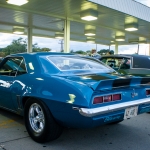 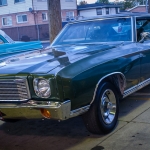 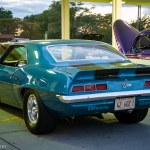 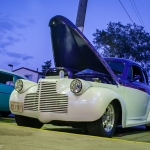 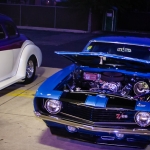 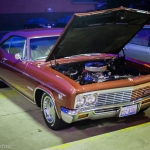 Music I’d have requested, were there a Dj

Apache by The (fabulous) Shadows

This entry was posted in 2012, 2012 Duke's in Bridgeview and tagged 2012, Bridgeview, CruiseNight, Duke's, MultipleExposures, YouTube_Links. Bookmark the permalink.