Joe owned a rusted out Galaxie with a 428 motor as a parts car. On his honeymoon in 1991 to Florida he saw this car on a car lot in Clearwater; it had a 289 and automatic. He used their honeymoon money to buy it and he drove it around a couple of years. The car had gone to Florida with the original owner’s grandson.

Then he dropped the 428 into this car along with the transmission, steering assembly, rear end, steering, clutch mechanism and radiator. Their daughter came home from the hospital in this car, which was an everyday vehicle for years.

When the kids came along (oldest is now 19), they needed the money so he sold it to a fellow in Ohio. Ten years later, Joe “wanted his car back” so he advertised with the VIN in Hemmings Motor News. A call from West Allis, Wi. yielded the car. The engine had been modified with a solid cam, roller rocker arms, MSD electronic ignition and the Ford now had a ‘new old stock’ interior. He repurchased it in 2006. Lots of money was put into this Galaxie during the hiatus. When he went to get it, the car would start but quit when trying tp drive it; turns out the timing was off because of the new ignition. Amazingly, the $ 300 MAACO paint job still holds up. The wiring for the courtesy lights shorted out and melted the fuse block; typically Fords only had six fuses. 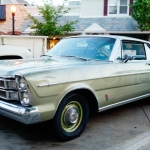 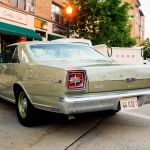 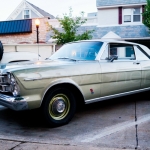 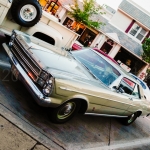 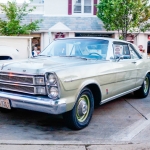 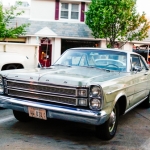 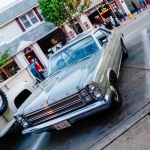 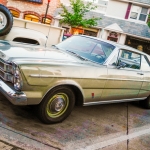 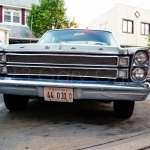 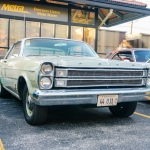 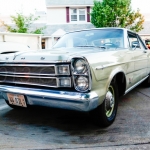 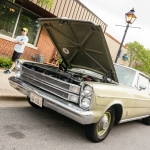 Joe also owns a 1969 Plymouth Roadrunner which he’s had nine years and finally got it ‘running right’. It has a 426 with two Carter AFB carbs This car ‘requires’ leaded gas, which is not available so Joe uses premium fuel with a Lucas-brand lead additive. Although he’s had the car nine years, it took him some experimentation to figure out the Chrysler manual that called for a carburetor jet size .100 (1.0mm) was wrong so he took apart the carbs and put in .083 (.83mm) and it finally runs right. 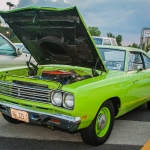 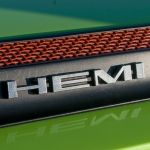 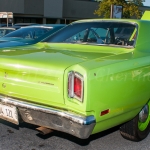 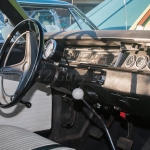 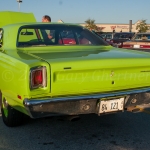 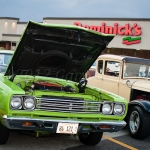 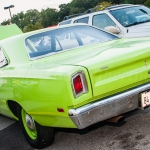 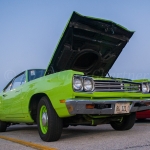