Mike’s dad had Hot rods so he has been attracted to them since high school as dad passed on his knowledge and love of cars. His grandfather had a car this same color, Artesian Turquoise. Pop had a 1967 Ford Galaxy with ‘three on the tree’ and  and later a 1962 Pontiac Catalina with Tri-Power (his favorite). That’s the reason Mike decided to drop three deuces into the Impala. 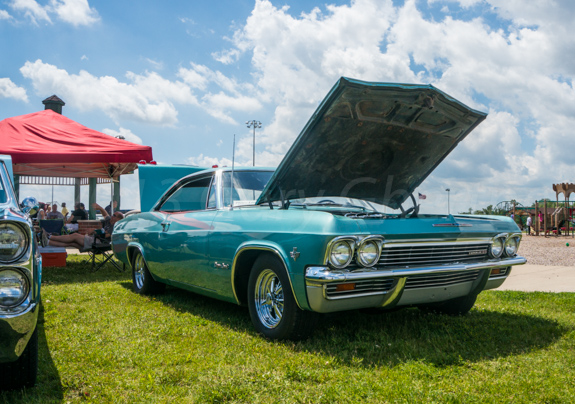 After dad retired, he went to a lot Car Shows and Cruise Nights but just wouldn’t buy a car. So Mike decided to go ahead and buy dad a car. After a lengthy  search Mike knew this was the right car and bought the Impala  in November 2011. He kept it in storage but his father passed away in February 2011 just two weeks before the car ‘came home’.This is a rare car because of the configuration of 327 CI 250 HP motor, factory ‘three on the tree’ stick shift, factory buckets and console.

This car ‘requires’ leaded gas, which is not available so Mike uses premium fuel with a lead additive.

Here is a Lytro self-portrait of the photographer reflected off of the chrome carburetor covers. 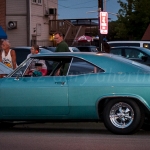 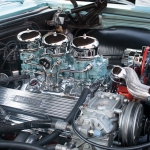 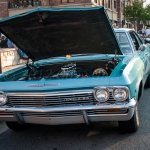 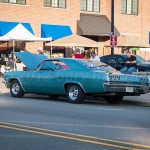 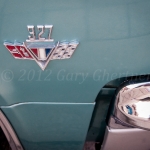 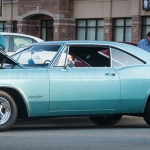 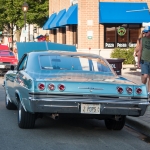 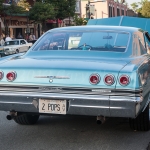 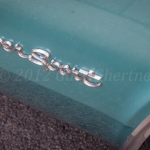 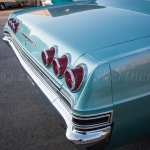 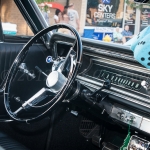 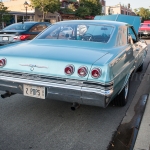 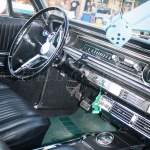 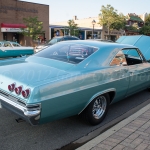 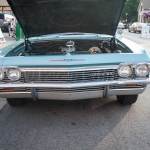