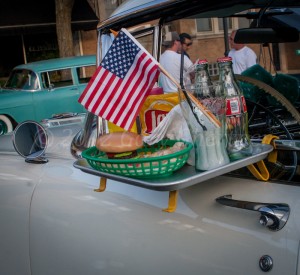 The first model of family car I recall from my youth was an Oldsmobile so Rich’s car from that era caught my eye (further research into pictures of mid-50s Oldsmobiles lead me to conclude the car in my memory was a 1958 Oldmobile 98 four door, color was black and loaded with chrome). Also, Rich displays his Olds with a loaded curbside tray (and he even uses real 7-oz Coca Cola bottles which he gingerly wrapped up in protective cloth before departing). 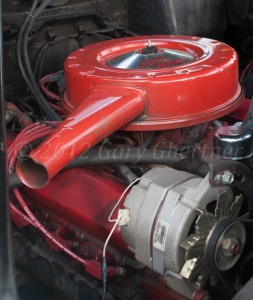 Rich has had the car 9 years. The motor is a 455ci V-8 with 4-barrel carburetor (originally two 4 barrels) and still he only gets 9 miles per gallon. When he got the car, there was no exhaust, and he added dual exhaust.
The wipers are original (lousy) vacuum wipers and they are erratic, to say the least. Originally the vehicle was plagued by overheating so he added fans and an extra radiator. The electrical system suffered from condensation in the points and coil so Rich added an electronic ignition. This is his fun car and Rich believes in driving it.

At the 2009 Route 66 Berwyn Car show, a photographer came up to Rich’s car and set up a camera (video?) on a high tripod and moved it around the Olds. Rich said it was ok to shoot. The photographer had a remote control and monitor for viewing. Later some friends called and asked Rich if he’d seen his car on the History Channel!He had missed it and in order to see the video of his own car, he had to order the DVD for 20 bucks!

Please scroll down for more pictures of the “Rocket” or click here and here for newer shots.

I think the curbside tray is an interesting Lytro camera subject because one can refocus objects to make the foreground or background pop into focus by clicking it with your mouse. 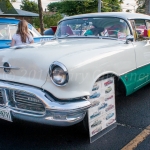 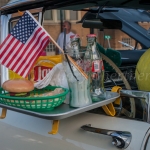 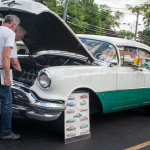 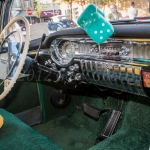 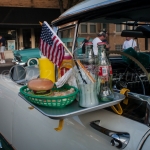 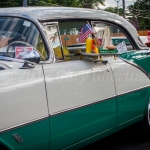 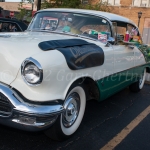 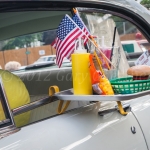 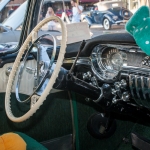 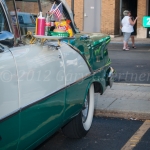 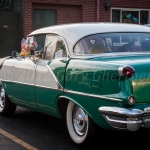 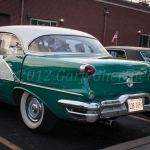 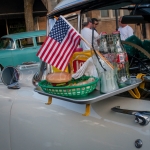 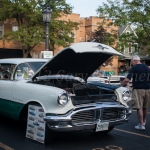 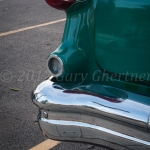 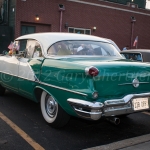 These are additional shots after the original upload. 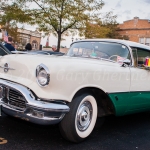 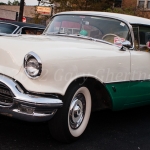 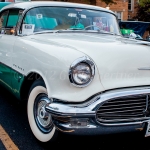 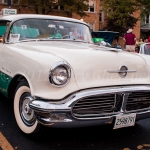 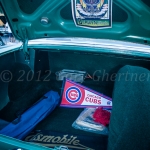 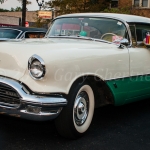 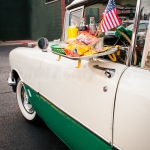 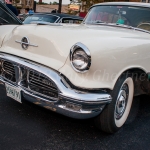 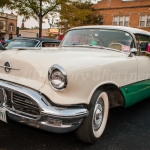 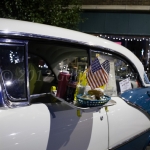 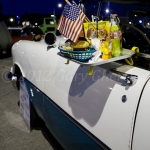 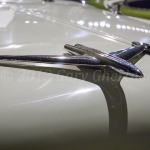